What About Trump Supporters If Hillary Clinton Wins? My Contribution to the Debate 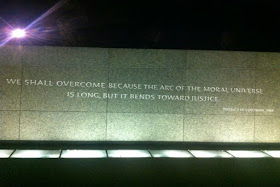 Did you hear the startling comments of GOP strategist Mac Stipanovich on NPR a day or so ago? Stipanovich — and let me underscore: this man is a GOP strategist — tells Renee Montagne of NPR that Donald Trump's supporters have "absolutely lost touch with reality." Then he goes on to say,

I mean, they're literally face down in the Kool-Aid. I don't think anything that could possibly happen would change that 35 to 40 percent of the electorate's mind. They're just locked in and will not give up. . . . One of the things we're going to learn here is that you can't be crazy and win a large constituency general election.

But most startling of all: after offering these hair-turning observations, Stipanovich goes on to talk about the necessity of re-educating Trump supporters (something that crowd has screamed that Obama and now Hillary Clinton would do to them!), because of the destructive effects they have had on the GOP and the rest of society.

I'd like to address the idea of re-educating the hardcore folks who will swallow any lie at all if it's directed against Democrats in office, and who will believe any toxic fantasy no matter how extreme if it supports extremist right-wing Republican ideas: there's a debate now underway, with an article at The Nation summarizing it, regarding this issue.

For what it's worth, here's my perspective: I learned, growing up in the middle of the Civil Rights struggle in the American South, that some people are simply committed to obstructionism at all cost. They are not re-educable people, because they do not intend to be educated.

As history's moral arc points decisively in a certain direction — say, the direction of civil rights for African Americans — all that can be done is to step around those people and leave them behind in the dust of history. The price we pay for coddling them in any way, for pretending that their cockamamie ideas and raw bigotry are "another side" to be entertained in "civil conversations" is that we then allow them to act as a brake on the forward movement of society — precisely as they have been doing all through the Obama administration. We allow the kind of white ethno-nationalist backlash so aptly described by Jamelle Bouie yesterday as a recurring feature of American culture anytime we see a breakthrough in civil rights for people of color to hold the whole society hostage, as a minority opinion given a legitimacy it absolutely does not deserve to have, in light of our foundational ideals.

The people now supporting Trump and the people constantly obstructing President Obama are, so to speak, the very same people who wanted to tear everything up once they lost control during the Civil Rights struggles in the South in the 1950s and 1960s. They are the children and grandchildren of that anti-civil-rights movement, locked bitterly into their struggle to force the whole nation to dance to their tune, babbling about God and the bible as if their bizarre, off-the-wall religious ideas should be enshrined in the nation's law and used to whip others whom they dislike into place.

A sane society never gives people like this the whip hand. It leaves them to babble and believe nonsense, steps around them, and moves on, taking steps to contain their poisons so they don't infect the rest of society. And it's not to the credit of so-called "liberal" Catholic journals in the U.S. that, even in this election cycle when the limits of the tired old shtick of "civil discourse" and "both sides have points," of the exceedingly shopworn and no longer serviceable old narrative of false equivalency, are critically apparent to all kinds of observers, they keep right on offering that narrative to American Catholics.

Because, while they want to take a hard and fast, unyielding stand against abortion, they absolutely will not take a similar stand against racism, misogyny, and homophobia, and begin deligitmating all of these perspectives as bona fide Catholic perspectives . . . . Not as long as taking that stand costs them something.

The photograph of Dr. King's famous statement about the arc of the moral universe from the memorial to him in Washington, D.C., is from Rabbi Jonathan Sacks' Rabbi Sacks blog. I am assuming that, since there is an option at the site to download this graphic, Rabbi Sacks has made it available for online sharing.
William D. Lindsey at 10:39 AM